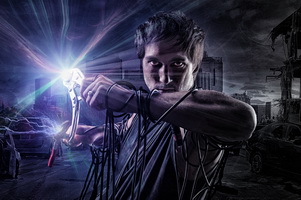 When he was seven years old Nils Völcker developed an interest in Instruments Apink remember. By the time he was thirteen he experimented with his first home recordings (back then with Atari and 8-track analog machines). He toured for several years as a technical manager and mixer with bands in Germany and the rest of Europe 이력서 양식 무료. After receiving several requests by bands, he became active as a producer. Despite the lack of recording space, through signature sound with simple means, he quickly made a name for himself 7080 노래 무료 다운로드. In June 2013 Nils opened the doors to Access All Areas Studios.

With his passion for noticing the subtle moments, the perfect take and the nuances of the production process, he not only focuses on creating a full and perfect sound, but helps the artist access new depths and unleash their potential Cooking Mama.

Conception as well as practical conversion:
Single artist support, audiobooks, musical background (film/TV), advertising spots (radio/TV) 러브캐처 8회.
To grasp mood, Ideas and wishes; and interpret visions, pictures and thoughts into a sound concept, which will be transferred with great detail, so that the desired message and the emotional content are being transported beyond contemplation autoroute. To support thereby either the pictures inconspicuously or to create over the sound new emotions, which are then linked unconsciously by the viewer and listener Free download of moving wallpapers.